Before the start of the land market, farmers are extremely concerned about the consolidation of land areas. After all, scattered plots of land within one field, which will be cultivated by different owners or tenants, will significantly complicate the farmers’ work.

This was discussed during the round table’s land panel «Topical agricultural and land issues», which took place in Uman with the participation of farmers, ministries' representatives, parliament, local authorities, Ukrainian and international organizations.

«If someone buys part of the land from a single piece of land and it creates a so-called 'chess', it is clear that the agriculture efficiency will suffer greatly. After all, now agricultural producers as land users can agree among themselves, but when landowners appear — it will be much harder to do this. Moreover, such actions (purchase of the land areas within the array) can be done purposely to harm the activities of a particular company», — Victoria Kipriianova said.

Serhii Bilenko, a member of the board of the Land Union of Ukraine, spoke about the legislative changes that have already been made to enable the consolidation of land and what problems need to be solved:

«Amendments have already been made to the Land Code and the Law „On Land Lease“, which make it possible to conduct an inventory of land areas. According to the results of the inventory, information on all land plots should be introduced into cadastre. A land user who cultivates 75% of this territory has the right (including through coercion through court decisions) to exchange land use rights through mutual lease and sublease agreements. The problem is that this whole mechanism, including the judicial one, will be able to work only when the information about the arrays is in the cadastre, and this cannot be done at the moment because of some technical issues.» — Serhii Bilenko said.

Serhii Kubakh, Land Governance Expert, USAID Agriculture and Rural Development Support project mentioned about the world experience of land consolidation, saying that a lawsuit is not the best way to resolve the issue.

«What does the world experience in land consolidation say? Consolidation should be carried out in such a way that nobody was hurt. And there is a logical explanation for this: litigation is not the best way to resolve the issue, because it is too expensive. In addition, it is a way to resolve the conflict, but not a technical issue. It is clear that now going to be a question about the law where consolidation takes into account the interests of all. During this year, there is an opportunity to prepare and collect offers» — Serhii Kubakh said.

During the land panel, the issue of transferring the priority right to purchase agricultural land was also discussed. The realization mechanism of this right should be prescribed in the draft law № 2194 «On Amendments to the Land Code of Ukraine and Other Legislative Acts to Improve the System of Management and Deregulation in the Sphere of Land Relations».

How are climate change displayed on dairy business?

Imports that kill the economy

Why does the World Bank see a growth point for milk in Ukraine? 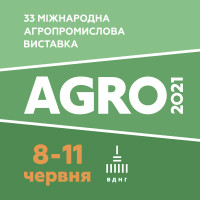 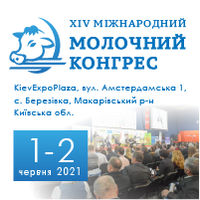 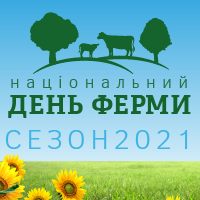