Irish dairy would be the biggest losers if a trade war was to occur between the US and EU, according to a new report published by Rabobank. 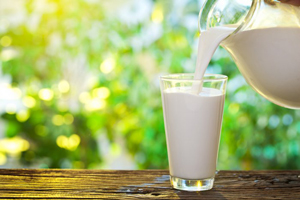 In April the US announced that it was considering putting additional tariffs on European products. These tariffs would include 44 dairy items including butter, cheese and yoghurt products.

In the dairy trade battle, the EU is set to lose far more than the US because US imports of dairy far exceed EU imports of US dairy products.

Four countries represented 65pc of the US dairy products to imports from the EU under the selected tarriffs- Ireland 25pc, France 21pc, Italy 12pc and Spain 8pc.

Nearly almost all of the US imports of Ireland's butter and cheese are covered under the 44 tariff codes.

The report said that the worst case scenario would be if an additional 100pc tariff was added as US customers would have to pay double the price for European butter, which would be harmful as EU branded butter is already twice the price of US branded butter.

It is highly unlikely that European butter would retain its existing market share if prices escalate to four times the level of the leading domestic branded butter.

This means the US consumer could be more likely to switch to domestic butter if the EU price was to double in a trade war situation.

«In general, speciality European cheeses are high value and not necessarily as price-sensitive at the retail level. However, a 100pc surcharge on top of an already pricey product could have customers choosing a less-expensive domestic cheese or non-EU import,» Rabobank’s Global Dairy Strategist Mary Ledman said.

Ornua’s Kerrygold is the number two butter brand in the US, with butter exports to North America increasing by 90pc in 2018.