In 2020, the National Bank of Ukraine for the first time in its report spoke about the influence of the climate on the Ukrainian economy.  Already, Ukrainian agrarians faced a number of challenges.

This is stated in the article analysts of the Association of Milk Producers Yana Linetska in the Milk and Farm Journal (No. 1 (62), February 2021).

As a result of climatic changes, the number of annual precipitation in the fertile areas of the south and east, and in the west, the probability of destructive floods increases, there are cases of extreme weather conditions that negatively affect the crop — storms, hails, showers, dramatic temperature differences.

Ukrainian agrarians are highly dependent from precipitation, because only 6% of processing lands have artificial watering. Therefore, drought strongly beat by harvest.

The annual rainfall has decreased significantly over the past 10 years: 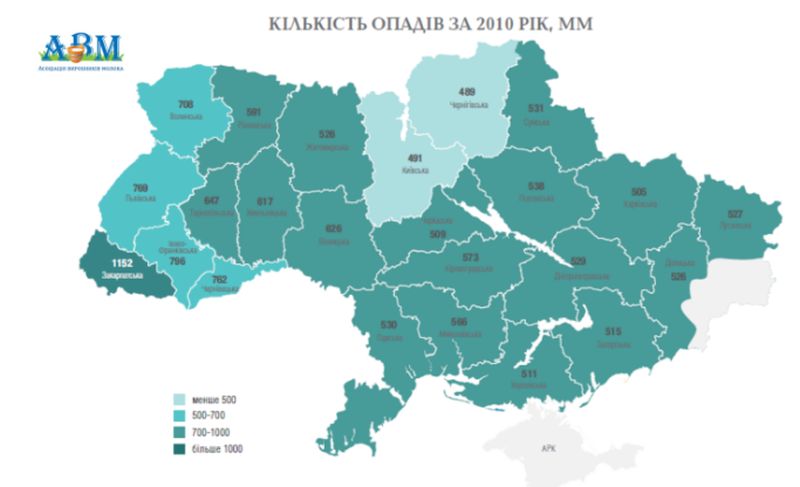 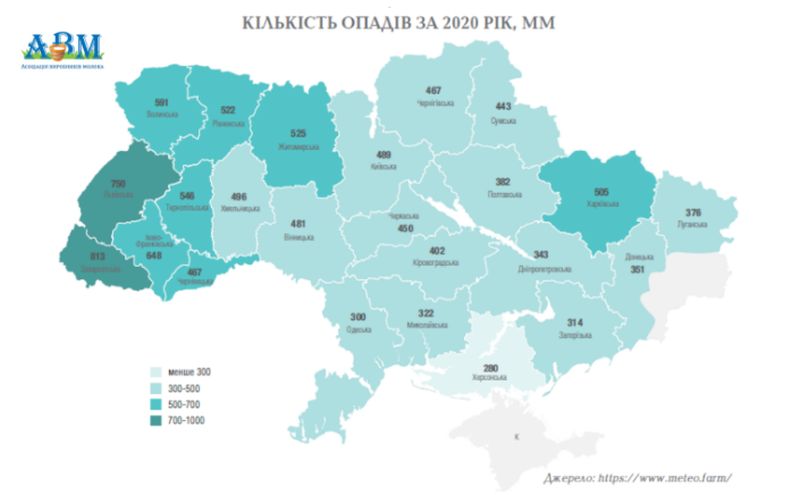 The article states that every year fertile Ukrainian chernozems lose their uniqueness not only through extensive production and improper observance of crop rotation, but also through the amount of moisture in the soil. According to SuperAgronom.com, the 2020th year clearly showed that in our latitudes and with our technologies of plant growing winter without snow — it is a great problem. After all, winter moisture is the «fixed capital», which will become a base for sown crops and which in the future spring and summer rains simply «charge» interest.

The absence of snow in the winter last year did not allow to accumulate enough moisture in the soil, and in the spring they sow actually in dry land. In addition, the abnormal heat in the period of pollination and formation of the crop in the summer in some regions reduced yield, and in some, as a south and center, in general transformed plants to «reed».

This became a double blow for milk producers: low yield of feed crops and, as a consequence, increase in the cost of feeding.

Therefore, the issue of climatic challenges, the formation of feed bases and the cost of feeding is one of the key topics of the International Dairy Congress on June 1−2, 2021, a number of experts will join the discussion, among which consultants and agronomists of the International Finance Corporation and the Consultancy Center AMP. The organizer of the event for the 14th year in a row is the Association of Milk Producers.

And more information about how climate change in the work of the dairy industry in the context of milk production, livestock and prices for raw milk, read in a lutch copy of the magazine Milk and Farm for 2021.

We remind that the participants of the Association of Milk Produsers receive a magazine for FREE.